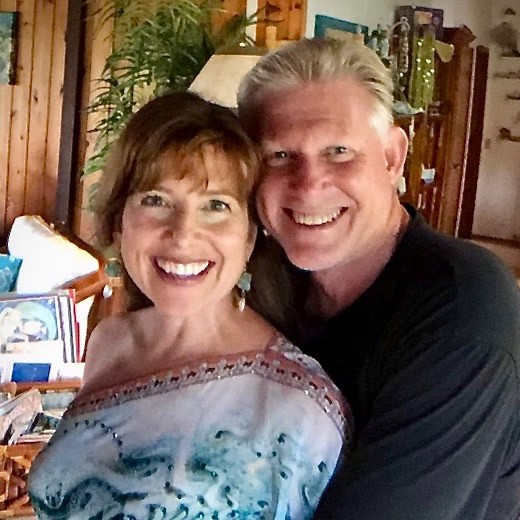 Vyana grew up in Tacoma, Washington, surrounded by the deep, cold, clear and mysterious Puget Sound.  As she learned to fish (catch and release) with her father from a canoe surrounded by seals, giant red octopus and orca whales, she longed for adventure in the bioluminescent gardens below the surface.   After learning to scuba dive, this quiet underwater garden felt more like home than land, but she didn’t yet know why.

She loved the new perspective she gained from other creatures and cultures as she lived abroad in Istanbul, Paris and Okinawa, Japan.  Majoring in Anthropology and psychology, she eventually graduated with honors from Georgetown Law Center because she wanted to make a difference in the lives of women and girls internationally as an attorney.  She won national awards for her pro bono work in Washington, D.C., where she learned to write and pass Federal legislation.  But only after a little over a year of civil rights trial work in Oakland, California, she became disillusioned with the “justice” system and founded her own law firm (over 20 years ago) in the San Francisco Bay Area to empower people to stay out of the court system.

Her hope of a “top down” approach to social harmony (the law) failed because it did not heal the community, nor did it soften the hearts of those called racists or rapists.  In fact, those hearts hardened further and dug in their heals, albeit now out of view.  A “bottom-up” grassroots approach was the only hope she held to create real justice, so she began to teach women’s self-defense.  She discovered that when women knew how to fight back, they seldom needed to.

Instead of focusing on the old social paradigm that wasn’t working, she decided to create a new culture — one that “worked” — and to magnetize others to join her.  That meant giving up being a workaholic and learning to play again from her teachers, the wild Hawaiian Spinner Dolphins.  That’s when she discovered a global mermaid movement where feminine beings were pushing the envelope of what was possible for humanity by embodying their own definitions of beauty, conscious culture, unlimited creativity, science with values, and symbiotic communion with the oceans and planet.

Vyana’s exploration of the Divine Feminine has led her to play in the realm of the mermaid archetype for over 10 years with training from the 13 Moon Mystery School.  Supported by her spiritual community at the Sanctuary of the Open Heart, she created her first international mermaid retreat in Northern California in 2011, at Harbin Hot Springs, where she was a student of various water healing modalities.   The name Vyana is sanskrit for compassionate conscious touch (energy that flows from the heart).

In 2016, she decided to follow her dream of providing a sanctuary for those who desire to celebrate their most authentic selves, their innate gifts, and find more freedom by consciously creating their mythic lives.  Vyana moved to Kona, Hawai’i, and opened the first mermaid-themed B&B in the world with her husband, Bud.  It won “Best of the West, Hawaii” in 2017.

Her mermaid sanctuary provided the perfect healing space where Vyana could overcome her lifelong struggle with food addiction. She authored a 13 Step process which provides daily spiritual affirmations, nourishing wisdom & inspirational stories from a Divine Feminine lens. The program is not based on any religion, and Vyana considers herself a mystical free spirit.  She is currently writing an oracle deck that honors the angelic art of Sulamith Wulfing.  She is happy to honor any faith, myth, religion, gender, race or story that “works” for humanity, the planet and its creatures, wholistically, as we evolve together.

What Ariel Spilsbury has to say about Vyana . . .
“Are you standing at a crossroads of desiring change in your life? In the Divine Feminine Mysteries there is a mythic figure called The Keeper of the Crossroads, who is a guide when pivotal choices and desire for change arise in our lives.  Vyana (Heather Reynolds) is such a guide, who, through her life experience, has the clarity, compassion, wisdom and unconditional love, to offer profound insights as to how to navigate the deep waters of this kind of transformation. I cannot deeply enough recommend this amazing being or the structure she has created to support you in your process of growth and change. She is a powerful Keeper of the Crossroads who holds the keys you have been awaiting! All you  have to do is open the door!”
Ariel Spilsbury author of  The 13 Moon Oracle, The Mayan Oracle, The Alchemy of Ecstasy and Guidebook for a Modern Priestess and Gaia’s New DreamCoat

The Man Behind the Mermaid

Did you ever notice that mermaids in the stories of old seem to be seeking to find their prince charming? Mermaid Melusina of Luxembourg left her watery realms to marry the King, and the Little Mermaid (by Hans Christian Anderson) gave up her voice for the possibility of marrying her prince. I always thought that was silly.

I spent most of my life thinking I didn’t “need” a prince, that I could do everything myself! I proved my theory correct and made it to the top of my career where happiness was supposed to be waiting for me. The results, however, were exhaustion instead.

Then, one day, seemingly out of nowhere, came my handsome king. He had a spring in his step and a sparkle in his eye. He was waiting at the ready to do all in his power to make me happy. I had never felt such generous support from a man before, nor was I aware that it even existed. I thought all the ‘good ones’ were already taken. I guess someone has to “take” them!

When he offered me his phone number for his handyman services (which I needed very much), he innocently said, “Call me for anything.” I replied, “Anything?” with a less innocent tone in my voice. He looked at me, blushed, and said, “Anything.” “Even a date?” I asked. With a surprised smile, he responded, “Even a date.”

Ten minutes later, he called me for dinner that evening. I said, “Pick me at 6:10.” He paid for the lovely dinner at a romantic restaurant on the water, pulled out my chair, opened my door and kissed my cheek gently goodnight. The next morning, he called me and asked if I would like to spend the day with him. I explained that I had been sick all night, that my cat would be too lonely and that I had laundry to do. He said, “No problem. I’ll be right there.” He scooped me, the cat and all the laundry up to cater to our every whim that day as I lay sick on his couch. He folded my laundry meticulously, immediately made friends with my cat, and allowed me to rest until I was hungry again, at which time he sprung to delight my palette with a home cooked meal. He’s been feeding me ever since and is much better at laundry than I am.

Yes, he’s for real! We’ve been married for five years now and he still surprises me with his generous heart, not just toward me, but to all we meet. He loves to help people — a quality that made him a great fireman for many years. He can “fix” anything. I say, “Honey, can you build me a pool?” and he says, “Sure, how big?”

He’s now the cook, gardener, maintenance guy, chef, car washer, mer-attendant, and the pool boy. He even takes care of my mom when she needs help. He encourages me to swim and play in the ocean as often as possible. He loves to make me happy and succeeds daily.

Now, I realize what mermaids of old must have already known – that having a contributing partner in life is a gift beyond my wildest imagination. He helps me reach my potential, feel even more fulfilled, and the journey just seems more fun!   He may be quietly supporting me behind the scenes, but he is truly my hero. He is my one and only Bud.

It’s our 5th wedding anniversary, and I’m feeling pretty lucky . . . lucky to be married to such a wonderful man. So, I wanted to share a little bit about his magnificent heart, his interesting hobbies and expansive capabilities.

Treat Yourself to a Retreat